This webinar is the third in a series of events convened by the Committee of 100 that are examining the challenges facing Chinese Americans and other Asian Americans with regard to barriers to advancement in a wide variety of professions in the U.S. The goal of this initiative is to contribute to the already significant efforts of organizations and individuals who have been tackling this issue.

Asian Americans have been severely underrepresented historically when it comes to elective and appointed government office in the U.S. except in certain areas of Asian American population concentrations such as the State of Hawaii. Gary Locke has been a leader in the areas of education, employment, trade, health care, human rights, immigration reform, privacy, and the environment. He commented not only on the obstacles one faces, but the things that each person can do to overcome those obstacles, the lessons he learned, how Asian American involvement in elective and appointed government positions has changed over time, and what needs to happen to raise Asian American government office representation to equal or exceed our representation in the general population.

The webinar was one hour long and will be a fireside chat. The audience had the opportunity to ask questions during the last ten minutes of the webinar. 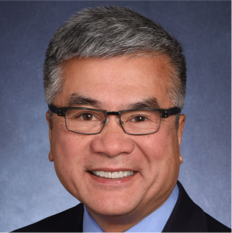 Gary Locke was the first Chinese American to be elected governor in United States history and the first Asian American governor on the mainland.

As Washington’s 21st Governor from 1997-2005, the nation’s most trade dependent state, Mr. Locke increased exports of Washington State products and services by leading trade missions to Mexico, Europe, and Asia, more than doubling the state’s exports to China.

During his tenure, he achieved bipartisan welfare reform and oversaw the gain of 280,000 private sector jobs, despite two national recessions. Mr. Locke also had the most diverse cabinet in state history.  More than half his judicial appointments were women and 25% were people of color.

His innovations in government efficiency, customer focus, and priority-based budgeting, as well as successful and under-budget management of high-risk initiatives, have won him acclaim from nationally recognized authors and organizations. In his two-terms as Governor, Washington was ranked one of America’s four best managed states.

As U.S. Secretary of Commerce from 2009-2011, he led President Obama’s National Export Initiative to double American exports in five years; assumed a troubled 2010 Census process but which under his active supervision achieved the most accurate Census in U.S. history and ended on time and 25% under budget, saving taxpayers $2 billion; and achieved the most significant reduction in patent application processing in the agency’s history.

As U.S. Ambassador to China from 2011-2014, he opened markets for made-in-USA goods and services; reduced wait times for visa interviews of Chinese applicants from 100 days to 3 days; and through the Embassy’s air quality monitoring program, exposed the severity of the air pollution in China.

Mr. Locke began his career in public service in the Washington State House of Representatives, serving from 1983-1994. He was then elected King County Executive, serving from 1994-1997.
He attended Yale University, graduating with a bachelor’s degree in political science and received his law degree from Boston University. He is the proud father of Emily, Dylan, and Madeline.

«Strategic Lessons from within China for Responding to COVID-19
Remembering I.M. Pei on the One Year Anniversary of His Passing»

The first Chinese-American ambassador to China