(New York, NY, May 16, 2019) – The Committee of 100, a non-profit leadership organization, mourns the passing of founder I.M. Pei at age 102. The acclaimed architect, famed for iconic projects such as the Louvre Pyramid in Paris and the East Wing of the National Gallery of Art in Washington, D.C., the Bank of China in Hong Kong, the Rock & Roll Hall of Fame, and dozens of high-profile projects, passed away in New York City yesterday. Pei was born in Guangzhou, China in 1917. After coming to the United States on the S.S. President Coolidge, via Angel Island off of San Francisco, he graduated from MIT and Harvard University, schools which he selected because of their commitment to modernism. He felt people in his new home received him warmly, wanting to know more about him, and, through him, China. During World War II, he joined the National Defense Research Committee, which supported the United States in the conflict. 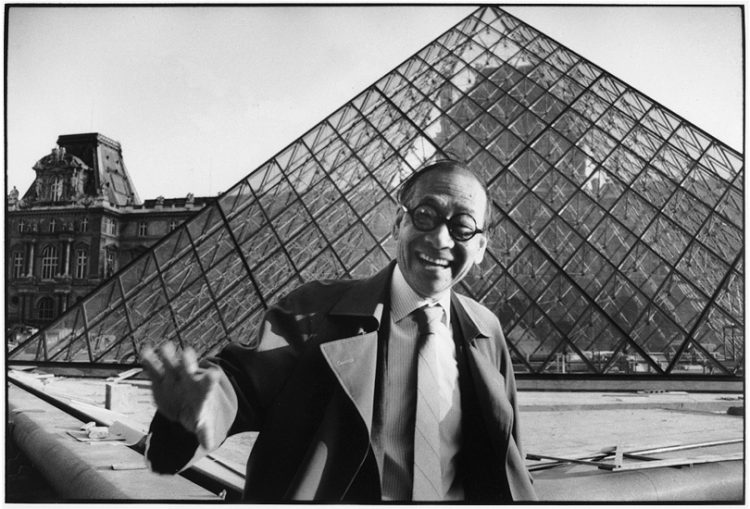 After the war, he quickly established himself as a leading designer in New York City. Among the early commissions that most touched him was the selection in 1964 by Jacqueline Kennedy for the presidential library dedicated to John F. Kennedy, in Boston, Massachusetts. The building, truncated to symbolize the death of the slain leader, was regarded as a landmark upon completion. His later projects included the Fragrant Hill Hotel in Beijing; the Miho Museum near Kyoto, Japan; the Suzhou Museum in Suzhou, China; and the Museum of Islamic Art in Doha, Qatar. He won the Pritzker Prize, the highest honor in the field, in 1983. He returned to China only in 1974, but continued to work there after then with multiple major commissions. His sons, Chien Chung Pei (“Didi”) and Li Chung Pei (“Sandi”), continue practicing as Pei Partnership Architects in New York City.

H. Roger Wang, Chair of the Committee of 100 (“C100”), said, “What a wonderful life and great achievements. I.M. exemplified to the utmost what it means to be Chinese American. Our deepest condolences to the Pei family.”

Beyond his buildings, Pei envisioned another institution. He created C100. At the suggestion of his long-time friend, Nobel Laureate Dr. Henry Kissinger, Pei called together Chinese Americans thirty years ago. At a black-tie dinner party in Manhattan in the mid-1980s, Kissinger had proposed to Pei that Chinese Americans could play a unique role. The combination of Chinese cultural background and US citizenship would make them invaluable in bridge building between the two nations. Individuals who had achieved so much also could advocate for the community as was true of other ethnic groups. Pei had always been proud of his Chinese ancestry. He also was committed to his American lineage. In a tribute video for his 100th birthday, he observed, “My children, my grandchildren particularly, they are becoming more and more American.  . . They should become American, they are. But somehow, I also want them to know that they came from somewhere, that has a long history behind it. . . I came as a Chinese, I remain as a Chinese. Now I am American Chinese.” 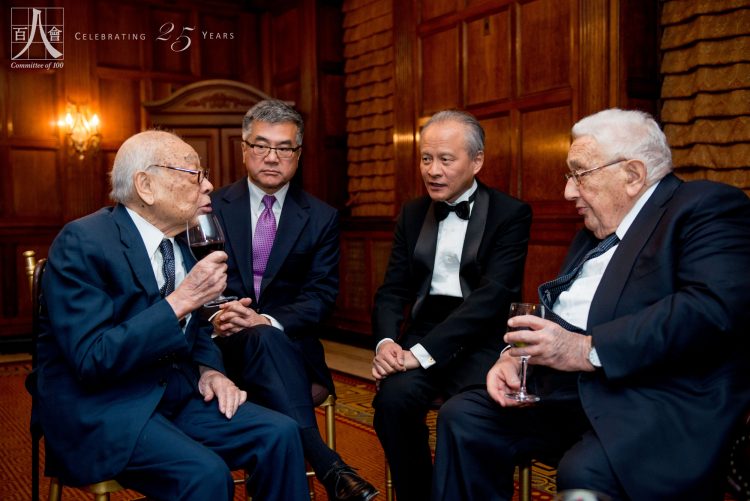 As the most famous Chinese American, Pei was able to invite cellist Yo-Yo Ma and four others — financier Henry Tang, philanthropist Oscar Tang, physicist Chien-Shiung Wu, and businesswoman Shirley Young — to join him in the formation of an organization that has since become established on both sides of the Pacific Ocean. Only Pei could have convened such prominent persons. C100 has remained true to Pei’s ideal by blending a deep understanding of China with the inspirational principles of America. Its members have been called upon for expert advice and counsel.

As Henry Tang recalled, “I was seated between I.M. and Henry Kissinger and the discussion turned to the lack of participation in public affairs by Asians and Chinese in the US. Kissinger then leans over and says ‘you must do this for your people’, meaning the formation of a public institutional body to engage in the dialogue of relations between greater China and the US. Hence, three years later, in 1989, when US-China relations were at a challenging point, I.M. agreed to heed the former Secretary of State’s advice and form the Committee of 100. Over the next thirty-plus years, I.M. was active in numerous behind-the-scenes meetings between Washington, Beijing, Hong Kong, and Taipei. I.M.’s interest in diplomacy and global peace was a passion not well known to those outside his family and closest friends. A personal friend of presidents, prime ministers, royalty, his quiet diplomatic elegant advice was quietly sought and respected.” 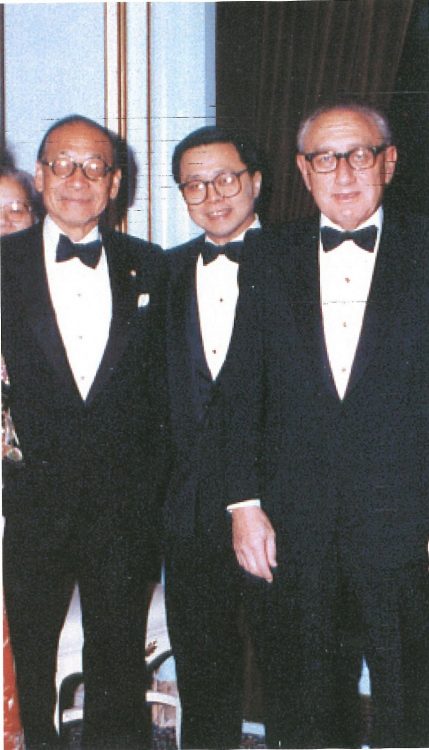 Only recently, Pei gathered with C100 co-founders to celebrate its success. A photo of the occasion, with his son Didi, also a member of C100, appears below. 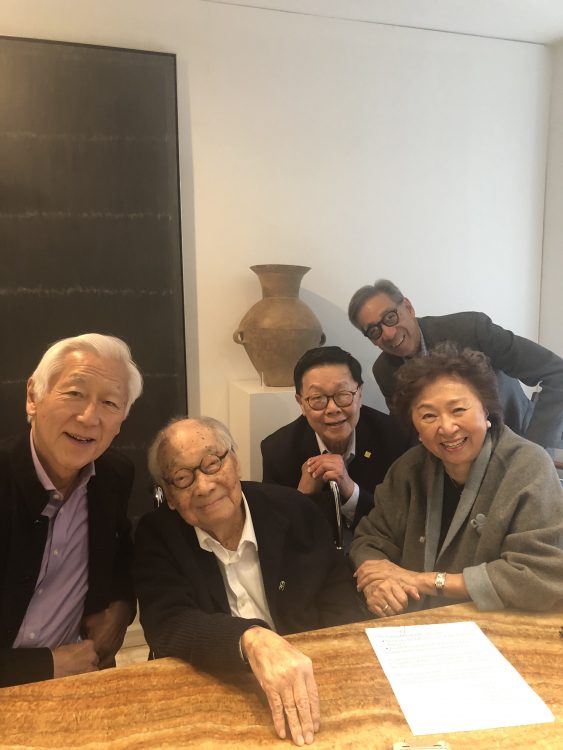 C100 members have been effusive in honoring an individual who made his mark in the world selflessly and always dedicated to the greater good. The tributes have come in from around the world.

Former C100 Chair John Chen, the CEO of Blackberry, said, “He was the greatest role model for all Chinese Americans. We and generations beyond are all in debt to his leadership, kindness, and skills.”

Shirley Young shared, “I.M. and I have been connected as friends across three generations – his parents Uncle Pei and Aunt Aileen, who I often saw with my mother and stepfather Wellington Koo, with his wife Eileen and his sons, Didi and Sandi, and daughter, Liane. He loved my mother’s red cooked pork at our home dinners which he enjoyed as a forbidden indulgence. I remember well the day in 1989 when several of us were invited to his office to discuss the need for Chinese in America to have a voice. This planted the seed which soon grew to be the Committee of 100. When he completed the Suzhou Museum in 2010, he asked me to create a performance for the private opening celebration in the museum garden – an evening of music and dance under the mid autumn moonlight accompanied by his favorite bamboo flute and ending in fireworks by Cai Guoqiang. Our last meeting on April 22 this year was with the co-founders of the Committee of 100. I brought his favorite Shanghai salt cabbage and pork egg rolls which he happily consumed.” 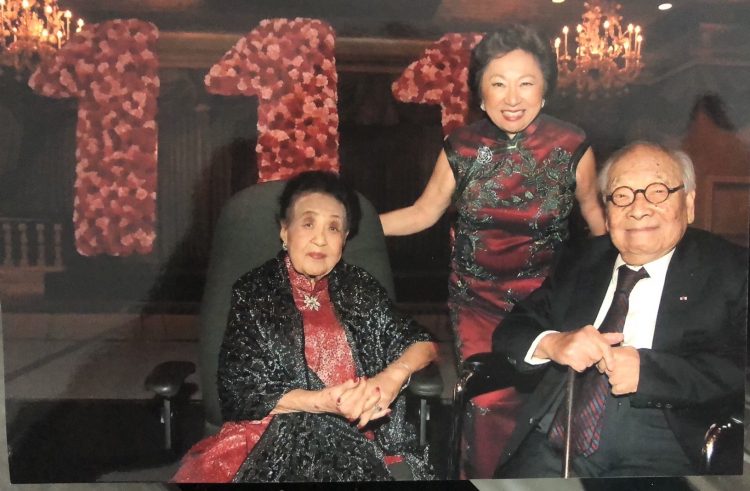 C100 President Frank H. Wu said, “It is humbling to meet an individual such as I.M. Pei. He broke through barriers; he changed the world around him, not only materially but also idealistically. C100 exists because he gave back.”

The members of the Committee of 100 salute I.M. Pei. He will be remembered through his creations: magnificent structures as the world had never seen before and an organization dedicated to helping humanity. 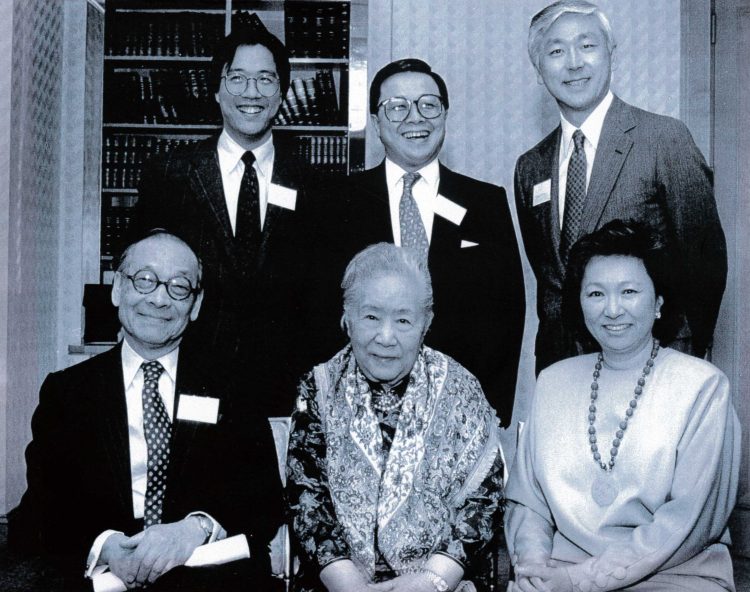 The Committee of 100 is a national, non-partisan leadership organization of prominent Chinese Americans in business, government, academia, and the arts. For 30 years, the Committee has been committed to a dual mission of promoting the full participation of Chinese Americans in all fields of American life, and encouraging constructive relations between the peoples of the United States and Greater China. www.committee100.org