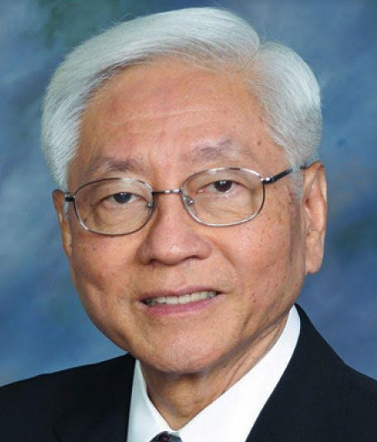 Shau-wai Lam joined DCH (USA), in 1967 with initial assignments in international trade, which included the domestic sales of imported textile and food products. In 1977 DCH (USA) began to venture into automobile retailing with its first dealership, DCH Paramus Honda in New Jersey and Shau-wai was sent to Los Angeles to launch DCH (USA)’s Western Region in 1979. He was responsible for the start-up of DCH Gardena Honda and DCH Tustin Acura, both of which became the top national ranked dealerships of their respective franchises under his supervision. In 1988, Shau-wai returned to the East Coast after he was appointed President of DCH (USA). In 1992, he became Chairman when the Lam family, along with the Wing On Group of Hong Kong, acquired the U.S. operation from DCH Hong Kong. DCH (USA) then focused solely on the auto industry and expanded to 27 dealerships in New Jersey, New York and California with annual sales reaching $2.3 billion in 2013. In terms of new vehicle unit sales, it was among the top dozen largest automobile retailers in the nation and the largest in New Jersey. Shau-wai instilled a corporate culture committed to integrity, team work and superior customer service. In 2014, DCH (USA) was acquired and now operates as a part of Lithia Motors Inc., a publicly traded auto group. Separately, Shau-wai is the Board Chairman of Mei Chang Group (HK) Limited which owns eight auto dealerships in China

Besides winning numerous distinguished awards from its franchisors and industry partners, DCH Auto Group was proud to have received more prestigious J. D. Power and Associates Dealer of Excellence Awards than any dealer group. Since 2004, Shau-wai has been the recipient of numerous prestigious awards, including the eminent Ellis Island Medal of Honor, the Ernst & Young New Jersey Entrepreneur of the Year Award for Retail/Distribution Services, the National Association of Minority Automobile Dealers’ Lifetime Achievement Award, Champion of Life Award from GMAC, the Newsweek Magazine Dealer of the Year (national) Finalist Award, the Dealer of the Year Award from Ward’s Dealer Business Magazine as well as the U.S. Department of Commerce Certificate of Appreciation, the Commerce and Industry Association of New Jersey Innovation Award and the New Jersey Entrepreneurs Awards’ Caspar Wistar Award for Growth.

Shau-wai twice received the TIME Magazine Dealer of the Year Award, once for New Jersey and once for New York. Shau-wai further demonstrated his community support in May 2004 when DCH Auto Group made a donation to the National Automobile Dealers Charitable Foundation (now NADA Foundation) designating every one of its 27 dealerships a Foundation Ambassador. NADCF announced that this was the largest donation it ever received from a car dealer.

Shau-wai is a graduate of Purdue University with BS and MS degrees in mathematics. He also has a MBA from New York University. He is honored to have received the 2004 Distinguished Science Alumnus Award from Purdue University. Shau-wai serves on the Board of New Jersey Chinese-American Chamber of Commerce and American Friends of Shanghai Museum. He is also one of the founding Board Members of National ACE (Asian/Pacific Islander American Chamber of Commerce and Entrepreneurship), which promotes the cause of American Asian Pacific Islander businesses. His wife, Marie, is a founder of the highly regarded Charles B. Wang Community Health Center in New York and is a member of its Board of Directors after having served as its Chairperson for many years. She also serves on the Board of Trustees of China Institute in America.