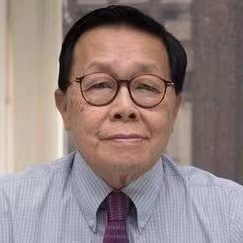 HENRY S. IN THE NEWS

Henry Tang is a seasoned 30-year investment banking veteran of Wall Street having participated in and observed the global transformation of the capital markets. As a securities management executive, he has been engaged in global investment and banking activities in Europe, Asia and the U.S. for several of the largest Wall Street investment banks including Salomon Brothers, Lehman Brothers and Prudential.

Henry Tang’s business experiences have also been enhanced by a broad participation in numerous public and community activities. He has been active in many efforts to help bridge cultural and economic understanding between the China region and the U.S. and between Chinese Americans in the U.S.

In addition, Mr. Tang also has a long-standing commitment towards fostering conditions for the advancement of Asians into senior leadership positions in business, politics, academia, medicine, science, and government. Several years ago, President George H.W. Bush appointed him to the Federal Glass Ceiling Commission chaired by then Labor Secretary Lynn Martin.

Mr. Tang has also served as a director of the Committee on Economic Development, the Federation of Protestant Agencies, the Chinese American Planning Council, the Asian Financial Society, and the Chinese American Executive Forum. He also served as a member of the New York-Beijing Sister City Commission. In 1987, Mayor Edward Koch granted him the Ethnic New Yorker Award. He is also the first recipient of the Asian American Business Achievement Award. In 1994, he was awarded the Ellis Island Medal of Honor.